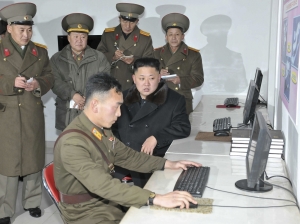 A few days ago, the FBI identified North Korea as the party responsible for hacking and blackmailing Sony Pictures in order to prevent the release of the movie The Interview mocking North Korean leader Kim Jong Un. And this Monday, all of internet in North Korea mysteriously stopped working for 9 hours. The most shocking part of this story is, obviously, the fact that North Korea actually had working internet. Since the United States isn’t taking responsibility for this action, here are 10 other reasons why internet stopped working in North Korea.

1)  Upon hearing the news that Sony won’t be releasing the movie about their beloved Dear Leader, all of dozens North Korean internet users scrambled to download the movie off the internet and overwhelmed the North Korean servers.

3)  The North Korean official responsible for censoring the Internet during those 9 hours had called in sick.

4)  Some guy living in South Korea near the North Korean border changed his WiFi password.

5)  North Korea had blocked pornography and Facebook, only to realize hours later that this was all what their internet was being used for.

6)  Due to the same targeting problem plaguing most of North Korean rocket launches, North Korean hackers accidentally hacked their own country.

7)  North Korea is so far behind the rest of the world technologically, that they just stumbled on Y2K bug this week.

8)  After using the internet to hack into Western countries, North Korean generals ordered their subordinates to scrub the internet with hot water and soap to wash off any capitalist contamination.

9)  Sony Pictures is fighting back by releasing the movie and counter-hacking North Korea. And you know there is hope for all of us, when you see a soulless corporation take on an inhuman dictatorship.

10)  And finally, Kim Jong Un has decided to follow the example of another Kim, but unlike her, actually deliver on her promise: 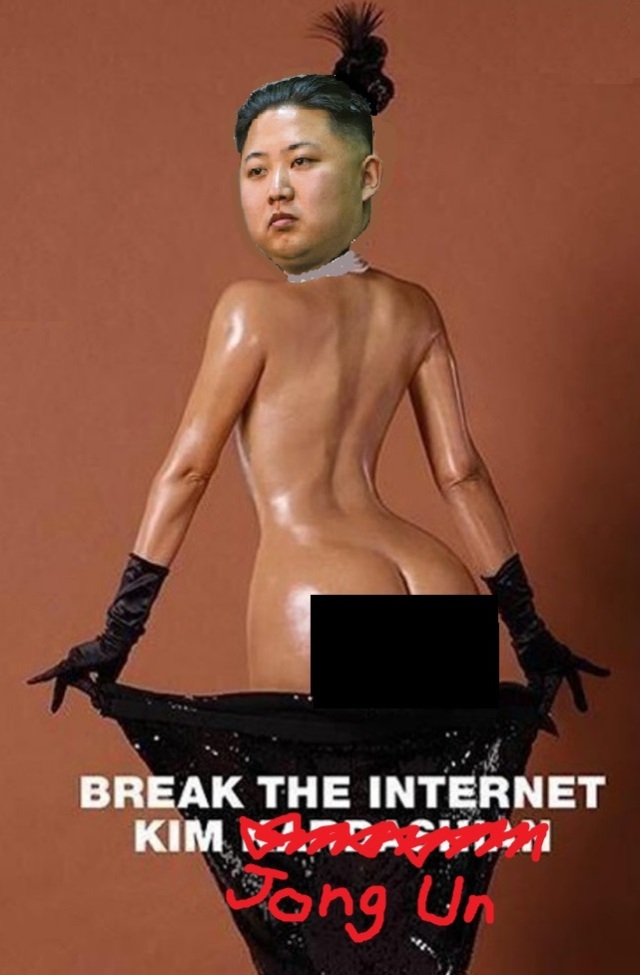 P.S. Uh-oh. I think I’m getting hacked next…

P.P.S. Sony is releasing The Interview! Yay! It is now a patriotic duty of every American to watch and pretend to enjoy this movie!

An Ostensibly Funny Commentary* of the Recent News and Events. (* warning! may not actually be funny or a commentary. Also, since I am not quite sure what "ostensibly" means, it might not be "ostensibly" either.) Blogging at listofx.com
View all posts by List of X →
This entry was posted in Humor, List of 10, Satire and tagged hacking, humor, Internet, Kim Jong Un, Kim Kardashian, North Korea, satire, Sony hacking, technology, The Interview. Bookmark the permalink.

44 Responses to 10 Reasons Why North Korean Internet Broke Down