10 Things You Did Not Realize That Are Surprisingly Racist 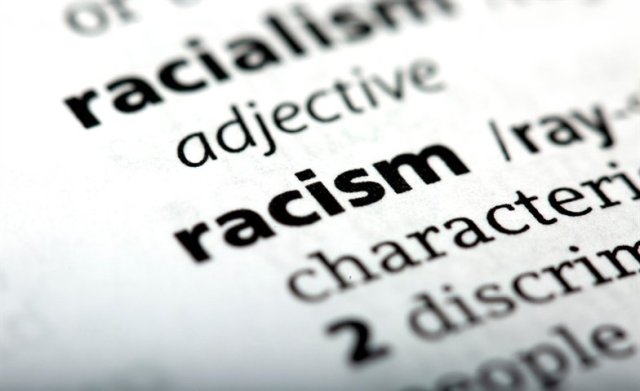 If you just pay attention, you find that there’s racism even within a dictionary. (It’s possible that the placement of the image is also racist because it’s been aligned to the right).

The death of George Floyd at the hands of the police has reignited the movement of people coming out on the streets to protest against racism, and a movement of people coming out on Twitter to point out and call out more and more things that are racist. Because pointing out racist things online is easier and doesn’t carry risk of being teargassed or arrested, here are 10 more things that are unexpectedly racist.

4) Astronomy: A white-colored star is making all the other planets run in circles around it in our solar system. Compare and contrast to the concept of a “black hole” which is considered to be a destructive force in the universe that pull in anything that fall below the event horizon and doesn’t allow it to escape (which I guess is astronomy-speak for “once you go black, you don’t go back”).

5) Martin Luther King, Jr. He was an early supporter of the racist “all people are equal, all lives equally matter” agenda.

6) Logic: Logic is racist because… I wish I could explain, but making a logical argument why logic is racist would just be perpetuating racism.

7) Grocery shopping: Many fruits, such as bananas or apples are only considered to be good while their skin is light-colored, but are passed over and discarded when they turn brown or black.

8) Photosynthesis: This is a process in plants that – problematically – works only when it’s light out, but not when it’s dark, and depends on the sun, which we just determined to be racist.

9) Having black friends: Everybody knows that anyone who says “I have a black friend” is only using it to justify their racism.

??) Numbers, because they are an oppressively hierarchical construct where some numbers are always assumed to be higher than the others. Also, there were many documented historical incidents where numbers had been used to count slaves.

An Ostensibly Funny Commentary* of the Recent News and Events. (* warning! may not actually be funny or a commentary. Also, since I am not quite sure what "ostensibly" means, it might not be "ostensibly" either.) Blogging at listofx.com
View all posts by List of X →
This entry was posted in Humor, List of 10, Satire and tagged BLM, humor, Political satire, racism, satire, USA. Bookmark the permalink.