10 Reasons Why Florida Will Ban Voters From Using Bathrooms 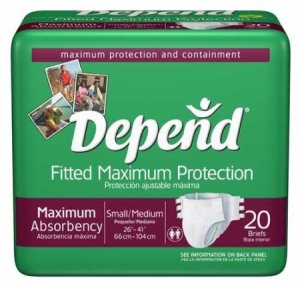 If you thought voting was hard, especially in places like Florida where during the 2012 election many voters had to wait in line for several hours, then Florida’s most populous county Miami-Dade just made it even harder. In future elections, voters standing in lines will not be allowed to use the polling place’s bathrooms while waiting for their turn to perform their civil duty. (Yes, I said “duty”.)  Here are 10 reasons why Miami-Dade county has banned voters from using the restrooms.

1)  Voting is your constitutionally protected right. Going to the bathroom is not.

2)  Voters who do make it to the polls after standing in line for several hours without being able to go to the bathroom are expected to complete their voting in about 3 seconds – thus making the voting process much faster for everyone.  And if the lines are still too long, election workers can reduce the lines further by giving out free Ex-Lax samples.

3)  As 2000 election has made clear, Florida voters get easily confused, and may drop their vote in the bathroom stall instead of the voting booth.

4)  After years of Republican efforts to regulate women’s reproductive systems, expanding into regulating everyone’s urinary systems was the next logical step.

5)  Allowing everyone to use the bathroom unfairly discriminated against the people who haven’t eaten in days, and homeless people and anorexic models are two of the largest minority groups in Miami.

6)  People may sneak away to the bathroom and cheat on their ballots by copying each other’s answers.

7)  It’s a good way to weed out all the people with pre-existing medical conditions that require access to a bathroom, because they’re just going to automatically vote for Obama just because Obamacare saved their lives.

8)  Florida is planning to switch to fully electronic voting in all voting precincts, and the pilot program was a success (again, see 2000 election) – except for the pilot polling place’s bathroom where the transition from a paper-based model to a fully electronic one did not go quite so smoothly.

9)  Instead of people standing in one line to vote, there now will be a second line to the bathroom. Having two separate lines will make it impossible to tell who had already voted or who already went to the bathroom, and would encourage both voter and bathroom fraud.

10)  Most polling places are located in schools, and Florida’s election commission decided to respect the established policies in schools which teach abstinence-only bathroom etiquette.

Hat tip to Fifth Column for giving me this unique opportunity to mix politics and bathroom humor.

An Ostensibly Funny Commentary* of the Recent News and Events. (* warning! may not actually be funny or a commentary. Also, since I am not quite sure what "ostensibly" means, it might not be "ostensibly" either.) Blogging at listofx.com
View all posts by List of X →
This entry was posted in Humor, List of 10, Satire and tagged Bathroom humor, elections, Florida, humor, Miami, Miami-Dade county, Political satire, Republican Party, satire, voter suppression. Bookmark the permalink.