10 New Slogans For The Democratic Party 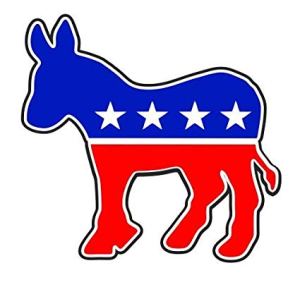 Maybe changing the logo to something other than an ass would help too.
Image source: Amazon

As some of you – at least those with a TV or an internet connection – know, the United States will have a midterm election on November 6. Although the Democratic party is hoping to win the majority in both House of Representatives and the Senate, it doesn’t seem to be trying really hard, since Democrats don’t even have a party slogan which is anywhere near as recognizable as slogans “Make America Great Again”, “America First”, or “Lock Her Up” that helped the Republican party win the Presidency and the majority in both chambers of Congress in 2016. So here are 10 slogans that may help the Democratic party win in 2018.

1)  We Come Closer To Beating Republicans Than Any Other Party!

4)  At Least We Don’t Complain How Terrible The Government Is At The Same Time As We Run It.

5)  Free Transgender Bathrooms For Everyone!

6)  Not Currently Owned By The Russians!

9)  Delivering The Job Creation and Economic Growth Promised By The Republicans!

An Ostensibly Funny Commentary* of the Recent News and Events. (* warning! may not actually be funny or a commentary. Also, since I am not quite sure what "ostensibly" means, it might not be "ostensibly" either.) Blogging at listofx.com
View all posts by List of X →
This entry was posted in Humor, List of 10, Satire and tagged 2018 election, Advertising slogans, Democrats, Donald Trump, elections, humor, Political satire, Republican Party, satire, United States, Vladimir Putin. Bookmark the permalink.

26 Responses to 10 New Slogans For The Democratic Party