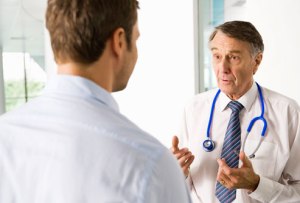 “I can’t help you, Mr. Sickman. See, I believe in laissez-faire economics and free-market solutions to everything, and I apply the same approach in my medical practice. Treating your infection would be an intrusion into your privacy and would turn into picking the favorites in the free-market competition between your body and the virus. Oh, and you now owe me $35,000.”

There have been a lot of criticism coming from the Democratic party that Republicans want to repeal Obamacare without offering their own solutions to the expensive train wreck that is health care in the United States. (It’s more expensive and less covered than the expensive train wreck that it Justin Bieber’s career.) However, this criticism is utterly unjustified, because, first of all, Obamacare WAS the Republican solution for the health care crisis, and, second of all, Republicans have just released their own health care reform plan with plenty of sound suggestions. Here are 10 of their proposals.

1)  Repeal Obamacare: Sure, 9 million people would lose the insurance they’ve already gained through Obamacare, but that would be Obamacare’s fault for giving it to them, so it’s all good.

2)  Allow people to buy insurance across state lines, because insurance companies from a different state would never find out about your pre-existing conditions.

3)  Cut taxes for the top 1%: No matter how sick you are, and no matter what ails you, you would feel much better just knowing that these awesome job creators are busy creating more jobs somewhere in the world.

4)  Promote placebo treatments:  placebo is cheap and yet it works in about 10-30% of the cases, which is much more that could be said about the No Child Left Behind law.

5)  Allow men not to pay for maternity coverage in their policies, because males never do anything that might possibly cause pregnancy.

7)  No children should be covered by their parents’ health insurance, because relying on someone’s policy fosters a culture of dependency in children from the very early age.

8)  Ban the vaccines:  Even if vaccines don’t cause autism, they still result in people getting jabbed by sharp needles.

9)  Emergency rooms would become the default medical providers for people without health insurance.  A hospital would provide emergency assistance using aspirin and Band-Aids and would discharge the patients once they no longer complain about their pain. (Note: 99.9% of patients stop complaining about their pain after you put a Band-Aid over their mouth.)

10)  Repeal Obamacare:  Come on, people, the Republican party voted to repeal it around fifty times so far; did you really think that “Repeal Obamacare” would only show up here once?

An Ostensibly Funny Commentary* of the Recent News and Events. (* warning! may not actually be funny or a commentary. Also, since I am not quite sure what "ostensibly" means, it might not be "ostensibly" either.) Blogging at listofx.com
View all posts by List of X →
This entry was posted in Humor, List of 10, Satire and tagged health care, Health care reform, Health insurance, humor, Obamacare, Patient Protection and Affordable Care Act, Political satire, Republican Alternative to Obamacare, Republican Party, satire, United States. Bookmark the permalink.