10 Actual Reasons Why America Has So Many Mass Shootings (Nope, Not Guns!) 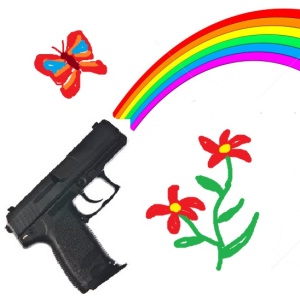 How can you even say that something this cute could possibly be responsible for something as heinous as a mass shooting???

Last week, a high-profile mass shooting in California made headlines – but by some counts, there have already been over 300 mass shootings this year alone. As always, liberals are pushing the crazy idea that the easy access to guns is causing all these shootings. But if you ask the people who know guns, and I mean, really, really know guns – own them, shoot them, spend every waking moment with them, and at night have nightmares that Obama will take them away – they will tell you that it’s not the guns that are causing these tragedies. So here are 10 actual reasons why America has so many mass shootings.

1)  Mental illness: Mental illness is the huge problem causing gun violence. For example, the majority of the U.S. Senate just voted to allow people on terrorist watch list to buy guns (yes, really), and, clearly, no sane person could have possibly voted this way.

2)  Not enough good guys are armed: The only thing that can stop a bad guy with a gun is a good guy with a gun. Obviously, we don’t want to arm bad people who go on murderous rampages, which is why it is crucial to let these people buy as many firearms as possible while they are still law-abiding citizens who haven’t broken any laws yet.

3)  Foreign immigrants: It’s a well-known fact that there were zero mass shootings in America until immigrants from Europe arrived in the 16th-17th century.

4)  Ban on fully automatic weapons: Basic math says that a good guy armed with a machine gun that can shoot 900 bullets per minute can prevent 15 mass shootings every second.

5)  Barack Obama: A lot of mass shootings are caused by Obama. The only reason the media isn’t seriously looking into this is because they just lazily put him into the same category with the rest of the foreign immigrants.

6)  American exceptionalism: Because America is Number 1, it’s the duty of every American patriot to do everything possible to keep America at the top spot by every metric, including the number of mass shootings.

7)  Gang violence: A lot of shootings are the result of the actions of various lawless and murderous organizations like Crips, Bloods, Hells Angels, or Chicago police.

8)  People: Guns don’t kill, people kill. Which is why the Republican party, by trying to dismantle Obamacare, cut Medicare, repeal environmental protections is being the only party that is earnestly trying to prevent mass shootings by being tough on people.

10)  Illegally purchased guns: A lot of guns are bought illegally, and liberals who want to impose more restrictions on gun sales are going about it completely wrong, because people will keep breaking laws. No, the only guaranteed way to end illegal gun sales once and for all is to make all gun sales legal.

An Ostensibly Funny Commentary* of the Recent News and Events. (* warning! may not actually be funny or a commentary. Also, since I am not quite sure what "ostensibly" means, it might not be "ostensibly" either.) Blogging at listofx.com
View all posts by List of X →
This entry was posted in Humor, List of 10, Satire and tagged Gun control, Gun violence, guns, humor, mass shootings, National Rifle Association, NRA, Political satire, Republican Party, San Bernardino shooting, satire, United States. Bookmark the permalink.

90 Responses to 10 Actual Reasons Why America Has So Many Mass Shootings (Nope, Not Guns!)