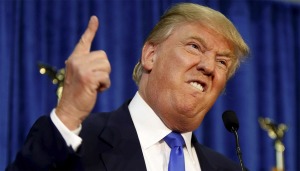 “My health care reform will be so great it will make your head spin, and then it will heal your head right away because my plan is just so unbelievably great!”

This week, the leading Republican presidential candidate Donald Trump finally revealed his plan for health care reform, and it is fantastic. It would repeal Obamacare right away, and will replace it with health care that would be so great, it’s unbelievable just how great it would be. Here are just 10 of the great things Donald Trump’s health care reform would accomplish.

1)  Foreign viruses, like Ebola, Zika, West Nile, Dengue, socialism – we’ll round them all up and send them back where they came from! And then we’ll build a big and beautiful mosquito net all around the country so that they can’t ever come back!

2)  Donald Trump built so many unbelievable casinos that he knows how to manage risk better than anyone! And under Donald Trump’s health care plan, you would bet like a hundred dollars, and if you win, your procedure will be instantly covered! Because here in America, we only want the winners!

4)  Donald Trump wants to make America strong, and he’ll give you more steroids than you could carry!

5)  With Donald Trump’s health care plan, no one will ever die in the streets! If anyone’s dying in the street, we’ll come and move them to the sidewalk!

8)  But Donald Trump’s health care would be terrific for women, too! Any medical procedure women might need would be covered – breast implants, botox, liposuction, plastic surgery, you name it – all covered!

10)  Pre-existing conditions won’t be covered, because if you got them while Obama was president, they’re Obama’s fault anyway.

An Ostensibly Funny Commentary* of the Recent News and Events. (* warning! may not actually be funny or a commentary. Also, since I am not quite sure what "ostensibly" means, it might not be "ostensibly" either.) Blogging at listofx.com
View all posts by List of X →
This entry was posted in Humor, List of 10, Satire and tagged Donald Trump, Health care reform, humor, Obamacare, Political satire, Politics, Republican Party, satire, Trumpcare, United States. Bookmark the permalink.